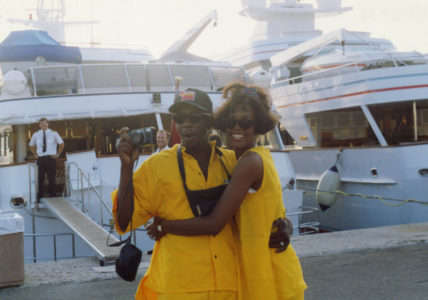 You don’t know her story until she tells you herself. Facts and footage from her life made public for the first time by her nearest and dearest. Bestselling, most successful or most highly acclaimed – each of these attributes fits the amazing Whitney Houston one hundred percent. But each success has its cost and discovering the truth isn’t always easy. Despite this, Oscar award winning director Kevin McDonald’s documentary takes up the challenge, providing an unforgettable window into the angelic Whitney and showing her in a way you’ve never seen her before. This, the official documentary of her life, was released with the blessing of Whitney’s mother and closest family who provided exclusive, previously unreleased interviews and footage from behind the scenes of her life. The film premiered at the Cannes Film Festival and was introduced by the director with these words: “In the sense of looking for truth, this was my most difficult film yet. I spoke to over 70 people, but only 40 of them appear in the film. Many of them have been lying about Whitney for over 30 years and continued to lie even in front of the camera.”