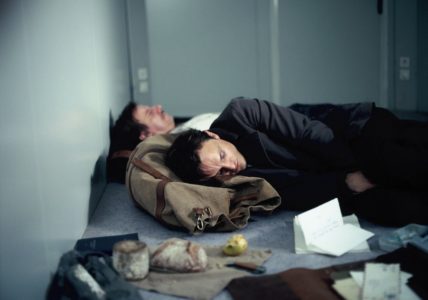 In Transit, German director Christian Petzold explores the phantoms of European migration and identity. His somewhat unusual film with its melodramatic and political motifs places a story from the time of the Nazi occupation of France into a modern setting. Georg the main character of the film, assumes the identities of people he has met through tragic circumstances. Though this permits him to get a visa and sail on one of the last ships to leave Marseille, it also forces him to face some very harsh consequences. Marseille is where he meets “his” wife, who he has known only through letters. Can he assume a new identity, a new relationship and a new future?