Murer – Anatomy of a Trial 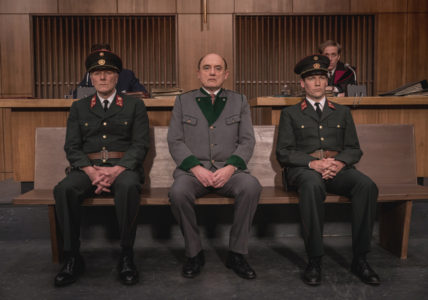 A legal drama based on real events: in 1963, Franz Murer, officer of the SS, stood before the court for his crimes.

This film presents a reconstruction of the 1963 trial of Franz Murer, the Butcher of Vilnius, a member of the SS during the war who, in the 1960s, became a politician and respected citizen. Murer – The Anatomy of a Trial transforms from a legal drama to a story of manipulating truth, of memories, of behind-the-scenes political gambits and of the (in)ability to forgive the sins of the past.

The screeening takes place at Cinema European House on 10 April 2018 at 7pm as well. This screening is for FREE with the online RESERVATION.

Maria and Everybody Else My King