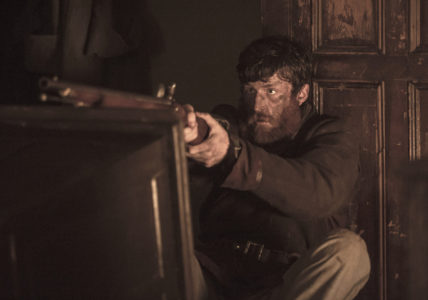 Ireland 1847 – under British rule and in the grip of famine. Martin Feeney returns from war to discover his family dead. How will he extract his revenge?

Returning from a foreign war, Martin Feeney arrives in Ireland, the land of his birth, only to find the country decimated by hunger and poverty and his family dead or killed. He is arrested while attempting to prevent his brother’s widow from being evicted, but subsequently escapes from prison and becomes a renegade. His own former commander Hannah, played by Hugo Weaving, sets out on a punitive expedition against him. A dark, western style drama from the dark, Irish countryside.