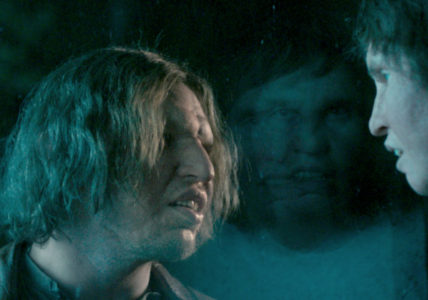 Tina, a peculiar and solitary customs officer with an uncomely face, isknown for her uncanny sense of smell. She can identify contrabandat the border of Denmark and Sweden by smelling passengers’ fear,anxiety, guilt and other emotions. Despite her success in revealingsmugglers at work, her personal life doesn’t amount to much. Shelives an empty and “pro forma” existence with her deadbeatboyfriend in a small cabin near the woods, her only living relative isher aging father who lives in a nursing home. She is drawn to natureand understands animals much better than people. But everythingchanges when she meets a mysterious and suspicious outcast calledVore with whom she shares many of the same facial features and amysterious and irresistible attraction.