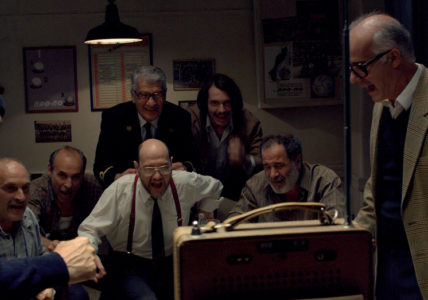 Basketball. Greece’s A.E.K. versus Prague’s Slavia. No one would have put their money on Greece… How did the match end up?

A film from the world of sports that portrays the crucial match still spoken of in Greece today. The setting is the European Cup Finals: from the get-go, the A.E.K. is the clear underdog, and no one believes they can pull off a win. For the Greeks, this match has become a mythical tale of how even a small but well-trained team can sweep to victory. 1968 was not only the year of Prague Spring and the invasion of Soviet forces, but also the anniversary of Greece’s military dictatorship. Thus, the tenacity and personal stories of players from both teams are intertwined with monumental historical events of two countries – Czechoslovakia and Greece.