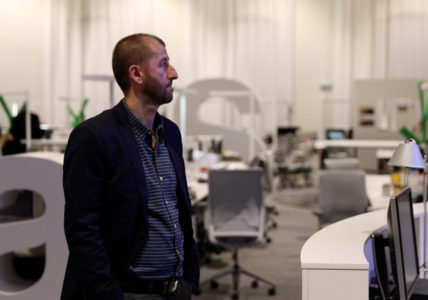 One day, two newsrooms, a single event at the center of attention. Tonight at Prague Castle, the Czech president will announce to his friends and supporters whether or not he has decided to candidate for the presidency once again. Journalists have not been allowed inside, they will learn of the decision the following day. Which of course makes them all the more curious today. The newsrooms of Czech Television and Hospodářské Noviny have been paying heightened attention to the whole affair since morning.

We watch as two teams of news editors and reporters create their own “breaking news” on the same event in the space of a single day. Though two doing the same thing doesn’t always guarantee the same results. The outcome is a very lively and authentic window into the work of journalists in traditional media in today’s accelerated world suffering from information overload.